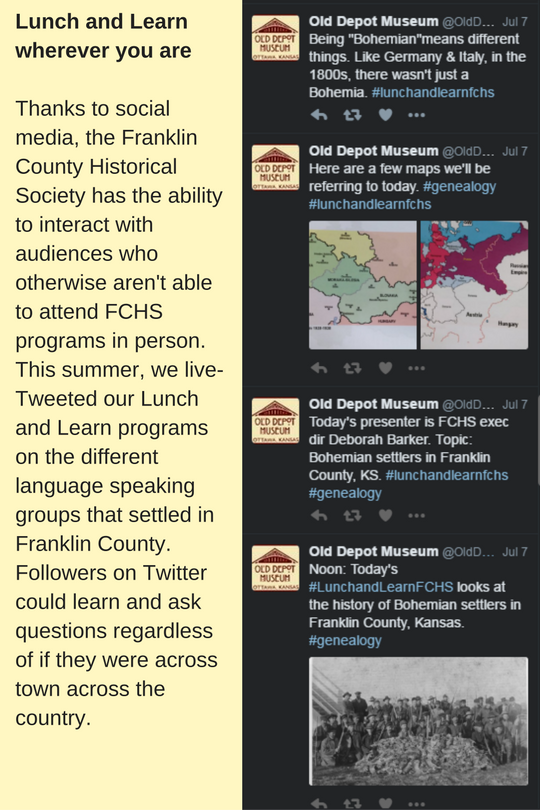 In 2016, more than 250 people participated in our first-ever cemetery tour at Hope Cemetery in Ottawa.

In 2016, the FCHS partnered with the Plaza Cinema to offer special historic films and documentaries. Town Teams: Bigger than Baseball was shown during our Small-Town Ball exhibit in June. The 1925/9 silent film Phantom of the Opera was offered with a live musical score in October.