Demanding a Greater Future: Celebrating a Centennial of Women’s Suffrage

“…because she is a progressive being ever out-growing the past and demanding a higher and greater future…” – Moneka Women’s Rights Association statement of purpose, 1858

Demanding a Greater Future:  Celebrating a Centennial of Women’s Suffrage marks the 100th anniversary of the passage of the 19th Amendment by exploring the efforts women in Missouri and Kansas undertook to secure voting rights.

Demanding a Greater Future examines the national struggle for women’s suffrage to provide a context for regional events, details the beginnings of the suffrage movement in the abolitionist and temperance causes, and explores the stories of suffragists’ efforts in Missouri and Kansas.  The exhibit concludes with a look at the continuing work of the League of Women Voters and the expanding role women hold in governance on a national scale in the 21st century.

This exhibit is made possible thanks to the Watkins Museum of History and Freedom’s Frontier National Heritage Area. 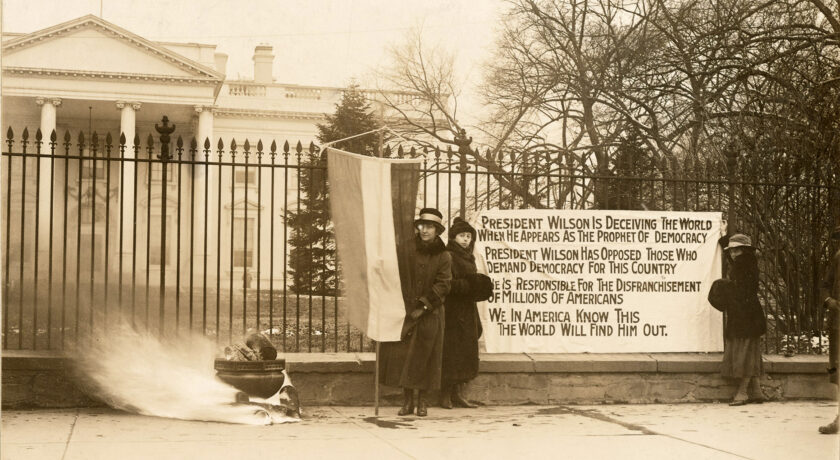 “Foam on the Range”
presented by Isaias McCaffery
Wednesday, December 16, 7 p.m.
Via Facebook Live OR at Not Lost Brewing
Made possible thanks to Humanities Kansas, Not Lost Brewing, and The Gun Guys
Free program; Food and Drink available for purchase
LEARN MORE